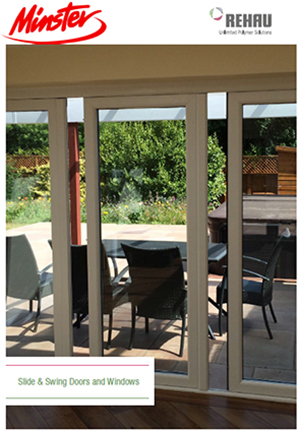 Like a bi-fold door, the sashes fold back to the side to allow a full opening, offering barrier-free living.

Unlike bi-fold doors, the sashes do not run on wheels, and you don't have to open multiple sashes at the same time. Instead, after the main passage door has been opened, each sash slides independently on low-friction tracks to locate into its fold position.

Opening the sliding sashes is easily achieved by moving each sash across the opening until it locates in the landing gate that allows it to fold open. This takes minimal effort, even on large and heavy sashes weighing up to 80KG.

Once the sash is in position it can be opened fully. Repeat this for all the sashes on the door for a full opening.

If preferred, once the main sash is opened, the user can opt to simply move the sliding sashes within the frame opening, without reaching the fold position, to create flexible ventilation.

Alternatively move only some of the sashes to the open position and have a split opening.